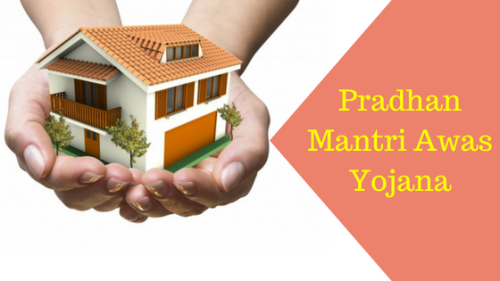 Pradhan Mantri Awas Yojana, also called PMAY, refers to an Indian initiative that aims to make housing affordable to all by the year 2022. Initially launched on June 1st, 2015, it is a Credit Linked Subsidy Scheme (CLSS), as per which you can get the interest subsidy after availing the loan or purchasing or constructing the home. The mission of this scheme is to provide houses for all.

Based upon the region it caters to, the scheme has 2 major parts, namely Pradhan Mantri Awas Yojana U (urban) & PMAY G (Gramin). Let us know more regarding it.

This scheme intends to go ahead in 3 phases:

As per the data by the Housing & Urban Affairs Ministry, the scheme’s progress in all union territories and states as of July 1st, 2019, is as listed:

52nd Central Sanctioning & Monitoring Committee (CSMC) meeting was held on January 20th, 2021. According to the Ministry of Union Housing & Urban Affairs, the government has approved the construction of about 1.68 lakh houses as per the PMAY – urban scheme.

Previously known as Indira Awas Yojana, this scheme was renamed PMAY – G in the year 2016. The scheme aims to make housing affordable in the rural portion of India except in Delhi and Chandigarh. Homeless individuals and those residing in crumbling homes can acquire financial assistance as per this scheme for constructing pucca houses.

Features and advantages of the PMAY scheme

Major features and benefits of the scheme are as listed:

∙       A subsidized Best Home Loan Interest Rates equals 6.50 percent per annum if the beneficiary avails a home loan of up to 20 years of the loan tenure.

∙       3 – 4 percent of the interest subsidy provided to the middle-income group (MIG) for the home loans to construct or acquire a home involving the repurchase.

∙       All the urban regions, including the statutory towns, are covered under the scheme with priority given to 500 class I cities.

∙       Eco friendly and sustainable technology to be utilized for the construction.

∙       Preference for the ground floor to senior citizens and differently-abled individuals.

Eligibility conditions for availing of the scheme benefits

The loan model subsidy aims at assisting the economically weaker class in owning a home. So, here are some of the eligibility conditions you must meet:

∙       Applicants or the family of the applicant should not have a pucca home in any portion of the country. Family involves husband, wife, unmarried daughter, or son.

∙       Individuals with an annual income of up to Rs 18 lakh are eligible for the scheme.

∙       The benefits of PMAY are unavailable to the already constructed houses.

∙       Applicants, along with their families, should not receive any benefit from other home linked schemes from the government.

To avail of a financial reinforcement or house from the Indian government, every seeker requires meeting the eligibility parameters set by the PMAY committee.

Beneficiaries of PMAY can be divided into 6 categories:

EWS: Those with an annual income of Rs 3 lakh.

LIG: Those with an annual income of between Rs 3 lakh and Rs 6 lakh.

Minorities: The scheme’s beneficiaries involve candidates according to the caste census and socio-economic data. These involve the listed:

∙       Minorities & nonscheduled caste and scheduled tribes as per BPL

Women: Women under the LIG and EWS categories

For eligible beneficiaries of the PMAY scheme, you get 2 options:

After the verification is complete, place it in your personal details to save it. Once done, the application form that you will get will be system generation that you should save for any future reference.

Offline: Approach the common service centre and avail the scheme’s form, fill that up and submit it.

Here are some of the documents you must submit when placing the application:

∙       Property linked documents such as the sale agreement or the deed of sale, NOC from builder or society, allotment letter etc.

PMAY has played a vital role in making housing affordable for all. Besides this, the scheme even aims at forming ample jobs in the real estate industry Read More

Rapid Prototyping in Automotive Market Size, Share and Forecast till 2028