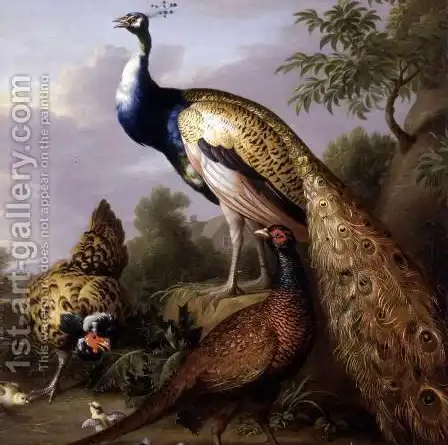 You don’t necessarily have to be an animals lover to admire the beauty of the wide variety of species. From domestic to wildlife, each creature has its own unique appeal. Thousands of years of evolution would make it possible for animals to continue thriving in nature and in our own homes.

How to describe the beauty of seeing a wild stag in its habitat? Or the graceful movements of a nimble hare leaping through a meadow? Or who hasn’t had their heart melted by the simple sight of their cat and dog taking a nap? These precious moments have been experienced by many people, especially artists.

This article is dedicated to the most beautiful and famous portrait paintings of animals made by artists from around the world.

Peacock, Hen and Cock Pheasant in a Landscape – Tobias Stranover

The central object of the artwork is the peacock which appears to be naturalized through its placement beside birds more commonly found in Britain. Native to India, the peacocks were first imported to the west by the Romans and were kept as ornamental elements in menageries and estates. From medieval times the peacock was ingrained in popular consciousness.

Stranover was an artist who created many famous portraits, displaying a impeccable ability to represent animals, especially birds, as exemplified by this beautiful painting. The artist rendered the bird’s anatomy and feathers with perfection, exuding shimmering light. 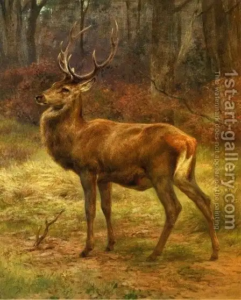 Rosa Bonheur is an animal painting powerhouse who created many famous portrait paintings. She was immortalized by her skill in representing a wide range of animals with absolute precision while also creating compositions full of dynamism and emotion.

Rosa is a distinguished figure not only for her artistic prowess but also for her as a person. The artist lived in a time with much more for women in our society, especially in male-dominated environments. One such place was horse fairs, where only men were permitted to attend. So, Bonheur would use men’s clothes to disguise herself and paint the animals. 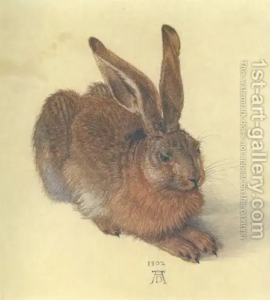 Albrecht Durer is one of the foremost artists in Western Art History and created some of the most famous portrait paintings in art history. He became especially known for his portraits of important people and religious artworks executed with extreme precision. Durer also became a printmaking powerhouse and is, to this day, considered one of the most proficient artists of the technique.

Although not so widely known, Durer also created magnificent animal paintings and still-lifes. This is a fine example of this production. Here, Durer graced us with a masterful depiction of a young hare. Devoid of any other elements, the animal and its anatomy is the sole focus and purpose of the artwork. Durer rendered the animal with perfection, from anatomic proportion to the execution of the fur.

The German artist Franz Marc became one of the main representatives of German Expressionism and became especially famous for his vibrant and exciting animal portraits. He used the animal figure to create complex and energetic geometric compositions. Sadly, the artist was killed during World War I in the bloody Battle of Verdun.

Marc often created his compositions with a strong geometric outline with solid blocks of color. Here, however, we see an artwork that differs from his usual aesthetics, representing the cats with a softer color palette and a more fluid outline and brushwork, akin to the artworks of Vincent van Gogh.

Perhaps one of Stubbs’ most famous paintings, this 1762 oil on canvas, depicts Whistlejacket, a chestnut Arabian stallion with a flaxen mane and tail, the color pattern believed to be the original coloring of the wild Arabian breed. A highly successful racer, the animal hailed from a prestigious line of stallions.

The famously temperamental horse was retired from his racing career to stud at ten years of age with a record of having been defeated only four times but is considered to have been an ordinary stud at best.

This beautiful painting shows two animals. The large bloodhound named Grafton and the significantly smaller Scratch, a West Highland terrier. Grafton’s short brown fur shines gently and has been rendered finely by Landseer. The manner he is elegantly resting in the opening of his kennel makes it clear that Grafton represents ‘Dignity.’ On the other hand, little Scratch to his right has a quite mischievous facial expression. He appears to have spotted something outside the composition: his ears are up, and the tip of his tongue is anxiously hanging out of his mouth. The juxtaposition of dog breeds so wildly different from each other gives the painting a comical connotation.

As we can see, the animal kingdom is a rich source for creating beautiful artworks. Whether more realistically, such as in the works of Rosa Bonheur, or more abstract and loose, like Franz Marc’s art, animals are excellent subjects for creating powerful and endearing compositions.

These portraits of animals are perfect additions to any home or workspace, as they have the ability to bring new life into any interior. Find an animal that best fits your personality or the mood you wish to bring to a room and purchase your own famous art portraits Read More 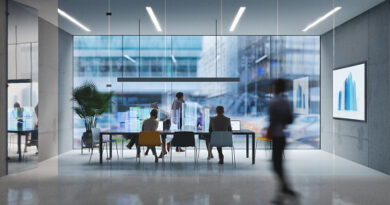 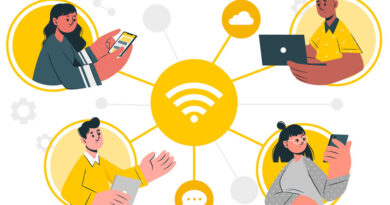 When should I reach out to Qatar’s VPN & wifi solution provider? 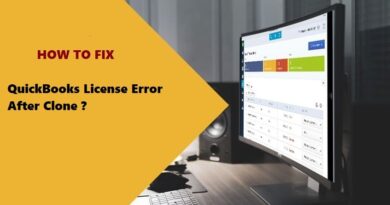