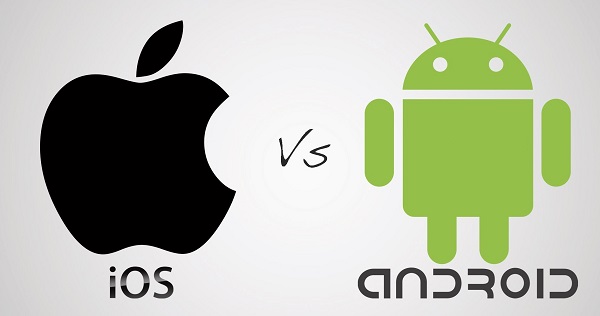 It is a fact that mobile app development is one of the growing fields in software production. The number of applications takes a steep edge every year. We know smartphone production has a significant rise. Hence, we can see the mobile app development services multiplying rapidly. However, we can analyze how app development has a prominent place in today’s markets. In 2020, the dedicated mobile users were 87%. It determines the success of app today.

The global pandemic transitions businesses towards a more digital approach. App services have received a massive influx of interest ever since. With Telehealth services and shopping services are present online, everything has become convenient for the users over the years.

Mobile applications are categorized into parts. However, we will talk about Native apps and Hybrid apps here. These are the primary types the developers decide on priority.

It is a software program that an app developer uses for one particular platform or a device. It can either be for Android, iOS, or Web. However, it will be operational on just a single platform.

On the contrary, the hybrid application operates on software that combines the elements of native and web applications to produce a popular code. However, they are operational on multiple platforms and devices. IOS, Android, and we all can enjoy their perks.

Here we are going to take a deeper look at them.

Talking about Android and IOS, we can say they are the market leaders today. Both the platforms depict incredible options for development. However, it is necessary to look at two popular software, iOS, and Android. The app development agency you choose will always ask you about the platform you want to opt for. Hence, it is crucial to understand the basics about them. Let’s continue reading to know more.

As we already know that Android is a popular platform. It has some perks and some disadvantages too. We are going to spot them out in detail below.

Android does not have a restricted environment. It is much more flexible than iOS. The apps will run virtually on any Android smartphone device. However, making it less likely to experience hurdles with the hardware compatibility. The process of developing Android apps is not a complicated one. Additionally, the platform enables a smoother development experience. And relies on Java, which again is a universal programming language.

It comprises learning resources. Google offers the platform a comprehensive knowledge base for exercises for beginners. Moreover, interactive materials and general training programs.

The publishing work for Android applications is not very expensive. Developers sometimes have to pay a reasonably low registration fee. However, the prices can vary from around 25 dollars to 30 dollars.

The disadvantages of Android app are as follows, let us get into the details to understand them.

While fragmentation allows you to create for several Android platforms simultaneously. It makes testing incredibly difficult because most users continue to use older versions of the operating system. Rather than update newer versions when newer versions are available. Even the most basic programs must be patched regularly.

Android app development is time-consuming if we consider the comparison between Android and iOS. However, quality assurance and development both require additional costs.

Users tend to opt for free Android applications and avoid using the premium version. However, there might be multiple factors to this. Sometimes, quality and sometimes the expensive premium apps.

Android is an open-source platform. It has a higher risk of getting in touch with cyber-attacks. On the contrary, iOS is a far safer platform for securing data and privacy issues.

We already know the advantages and disadvantages of Android app . Now we move on to the pros and cons of iOS app. Let us read through the lines below.

The performance of iOS applications is unbeatable. If you hire a app development agency in the competitive world today, they will always give you excellent solutions. Solutions to exceed the performance of your iOS application. However, the demand for such apps also elevated to a great level. The apps are reliable, fast, and convenient to use. Moreover, you will not observe any problem occurring while using the app.

It has an Apple ecosystem

The Apple operating system is impressive. An iOS app does not focus on one device or gadget. Instead, the performance is exceptional on all apple devices. Be it a smartphone, an Apple watch, or an iPad. You can conveniently transfer the files from one Apple device to another. Moreover, the whole ecosystem that the developers build is commendable.

An iOS app developer follows a comprehensive guideline to create a commendable user interface for apps. Moreover, the priority of developers is to create one of the leading apps. An outstanding and highly optimized user interface allows an exceptional user experience. Hence, the reputation is already registered as IOS apps being the best in the mobile app industry.

We know maximum about the two integral platforms – Android and iOS. Further analysis of the cons of the iOS app is necessary.

If you are getting a native iOS application, you need specific software to develop it. For instance, XCode works only on Mac laptops. However, you need to utilize at least one of the Apple technologies. It is to get going with the development processes. That is important.

You cannot simply register an app and launch it in the contemporary world. In contrast to Google Play Store, the App Store is much more demanding. You can never break the rule, or your app will get rejected right away.

Apple follows a standard guideline for app. There is no room for adding extras or additional features to your app. If the quality is not mentioned in the procedure, you cannot add it to the app. However, the interface of the iOS app is more or less the same in all the applications. They operate the same way. It can sometimes become tough to promote interactions with third-party software. However, there is little room for customization for iOS app.

Comparing the Two – iOS Vs. Android

We are well aware of the pros and cons of iOS & Android platforms by this time. Hence, we are moving towards a comprehensive comparison between the two.

Android devices hold more than seventy percent of the global market share to date. However, the future seems to be more promising than ever for Android. In contrast, iOS app devices are getting less costly and gaining popularity to their exceptional performance. They are consistent, which is why we can see a significant rise in both platforms’ productivity.

We are well aware that Android is an absolute leader in high market share. However, people who prefer iOS app have an elevated LTV – Lifetime Value. Hence, the consumers are more reclined towards making in-app purchases and becoming loyal to iOS app itself. More or less, both platforms generate significant revenues. But App Store is the winner here as more users opt for premium app versions from the Apple App Store.

There is a clear distinction between an iOS and Android user. You must understand the target market before making any decision. However, Android app development is mainly for the technical or medical fields, whereas, for iPhone, app goes to a more professional side. It is developed for business professionals, managers, and sales executives. Having an Apple smartphone means you are going hand in hand with the latest technology. Moreover, it also depicts your class as being somewhere in SEC A or B.

There is much more to add to comparing tech giants – IOS and Android. However, we must understand that both platforms hold immense importance in today’s global world. Some users prefer iOS, and some prefer Android. Hence, it is based on the preferences to decide which platform is more successful. 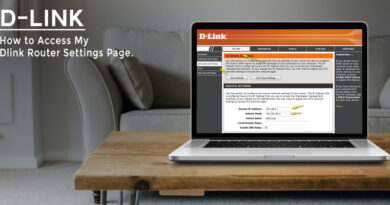