Shadow Blade 5e was one of the many spells added to 5th Edition in Xanathar’s Guide to Everything.

It’s a fun spell, especially for a couple of the spellcasting classes.

Let’s dive deeper into this and see how it can be used for fun, trouble, or anything inbetween cloud of daggers 5e.

What Does It Do?

The spell lets you form a sword of shadow in your hand, which counts as a weapon you can use to make attacks. It’s a simple melee weapon that anyone who casts the spell is proficient with.

It has finesse, so you can attack with either Strength or Dexterity.

You can throw it like a handaxe if you’d like, and it does more damage than a greatsword on a hit (2d8 psychic plus your attack ability modifier).

That damage increases when you cast it with a higher-level slot, up to 5d8 for a 7th level or higher spell slot.

If you drop it or throw it for an attack, it vanishes at the end of your turn. And you can call it back with a bonus action, so long as you’re still concentrating on the spell.

One of its advantages is the benefit you get to making attacks in shadow. When you attack something in dim light or darkness, you get advantage on the attack.

Who Gets Shadow Blade?

Sorcerers, Warlocks, and Wizards get the spell as a part of their class spell lists.

Bards could pick it up as one of their Magical Secrets, and Arcane Trickster Rogues and Eldritch Knight Fighters get it from the Wizard spell list.

Other classes could pick it up by multiclassing and putting at least 3 levels into Sorcerer, Warlock, or Wizard.

You make a sword that you can use for attacks.

It’s a useful spell, especially for anyone with darkvision. But we can look into specific classes as well.

If you’re lucky enough to have a Shadow Sorcerer in your party, they could cast the darkness spell for you. Darkness would give you advantage anyway, so that makes part of shadow blade somewhat pointless.

Plus shadow blade can’t really be used with either the Pact of the Blade or the Hexblade’s Hex Warrior feature. Shadow blade could be used in your off-hand if you want to dual-wield, but none of your Blade Pact invocations work with it either.

It does make for a fun melee option for non-Pact of the Blade warlocks. Combining it with a cantrip like green flame blade makes it a bit more viable.

However when you have access to eldritch blast, the Agonizing Blast invocation, and hex… you’ll usually have better damage-dealing options.

The spell is quite nice for Eldritch Knights.

You won’t get the spell until level 8—it’s an illusion spell, so you have to take it at a level when you can pick a spell from any school.

You also don’t need a high Intelligence modifier to use the spell, which is a big plus for you.

When you do get the spell, you can make a blade that does more damage than a greatsword. Plus, you can pair it with a shield for extra AC.

Once you reach 13th level and get 3rd level spell slots, you can now make a shadow blade that deals 3d8 damage on a hit.

Those extra damage dice can really add up as a fighter, especially when you use your Action Surge.

You have to concentrate on the spell.

That means you run the risk of losing it if you take too much damage. It also competes with spells like haste and anything else you might want to concentrate on.

If you can find a Flame Tongue or a different magic weapon with lots of damage dice, you may want to simply use that instead.

That frees up your spell slots to cast haste for more attacks and another bonus to defense.

If your campaign doesn’t have many magic items, shadow blade can still be a useful alternative.

Shadow blade is fine on Arcane Tricksters. It does some extra damage, but you don’t get many additional attacks.

So it’s not as good as on an Eldritch Knight.

Your damage output relies a lot more on your Sneak Attack. If you need advantage for Sneak Attack and are in dim light or darkness, shadow blade can help.

Your Versatile Trickster feature does give you another way to get advantage with mage hand, but it’s trickier to set up.

Shadow blade is simpler and doesn’t use your bonus action every turn.

Pair it with green flame blade or booming blade to add some fire or thunder damage to shadow blade’s psychic damage on top of your Sneak Attack.

Sorcerers tend to be pretty squishy. And a spell designed for melee isn’t normally their thing.

However, sorcerers have some interesting interactions with this spell. And if you really want to go into melee, it has some pretty powerful options.

If you have the sorcery points to burn, you can cast shadow blade, then use your action to cast the booming blade cantrip twice with your Twinned Spell metamagic (Twinned Spell doesn’t work with green flame blade, sadly).

On later turns, you can start your turn by Quickening another booming blade for three relatively powerful melee attacks.

If you’re in dim light or darkness, and especially if you’re an elf with Elven Accuracy, it can be a relatively effective strategy.

Using your Twinned Spell and Quickened Spell metamagics, you can cast up to 3 blade cantrips in a turn, which is nothing to sneeze at.

The additional thunder damage from booming blade doesn’t stack on a single target. But, it can be used to try to lock down multiple opponents by threatening them with the booming damage. Add in the Mobile feat, and you can lock them down and keep running with impunity.

On the other hand, by 17th level, you can cast meteor swarm for 20d6 fire and 20d6 bludgeoning damage.

9th level spells give you a lot of options. Shadow blade + booming blade may not be your best trick for every situation, but if you want or need to get into melee, it’s pretty effective.

Just don’t fight anything immune to psychic or thunder.

You’ll want a good attack modifier, even if you can reliably get triple advantage with Elven Accuracy.

That means running a sorcerer with decent Dexterity or Strength, which means that much more of a need for good stats or Ability Score Improvements.

This combo is meant to be used against multiple opponents. You have to have a second target if you want to use Twinned Spell, and if another one isn’t within range, you’re out of luck.

If you want to conserve them, you can stick to just twinning booming blade, since it’s half the cost of your Quickened Spell metamagic.

That brings your number of attacks with booming blade down to 2.

If you can somehow get ahold of a set of Illusionist’s Bracers, you won’t have to spend sorcery points on Quickened Spell. It’s even better than you think, since the bracers innately let you cast a cantrip as a bonus action.

That means you can now Twin your bonus action booming blade for a total of 4 attacks with the cantrip.

If you can get a pair of these bracers (from Guildmasters’ Guide to Ravnica) and figure out a way to protect your sorcerer from your enemies’ attacks, you can be an utter beast on the battlefield… so long as you’re fighting more than one opponent.

Since all three of these subclasses get Extra Attack, shadow blade is a little more useful for them.

Other kinds of bards and wizards can still make use of the spell if they’re forced into melee, but it’s not as good.

There’s a good chance all three subclasses will have high Dexterity, so you don’t have to worry about buffing another ability score.

Swords bards tend to want to focus on melee attacks so they can use their flourishes.

Since they get those flourishes effectively for free at higher levels, shadow blade is a good way to buff their damage significantly.

It still competes with high-level spells, but it’s a strategy that lets them attack for a decent chunk of damage and use their bonus action to give out Bardic Inspiration or to cast other bonus action spells like healing word.

The Valor bard gets the ability to make a weapon attack after casting a spell.

You have the option of popping green flame blade for extra damage on top of shadow blade, then making an attack with shadow blade as a bonus action.

You would have to spend 2 Magical Secrets to learn shadow blade and green flame blade, which is a bit costly.

But you’ll still only get two attacks, and those attacks have to compete with the very long list of powerful spells the wizard has access to.

Any bard who wants shadow blade has to multiclass or use one of their Magical Secrets for it. That can be a big ask when the game has fireball or counterspell.

Starting at 11th level, the wizard also has access to Tenser’s transformation. Bards can get it too, through Magical Secrets.

Tenser’s transformation does about the same amount of damage (a bonus 2d12 force on top of your weapon’s damage die vs. a flat 4d8 psychic when casting shadow blade at 6th level).

Yet unlike shadow blade, Tenser’s transformation does not require a lack of light to give advantage. It also gives Extra Attack to wizards that don’t have it already, a couple of saving throw proficiencies, and a good chunk of temporary hit points.

It comes at the cost of not being able to cast spells while concentrating on Tenser’s transformation, but it’s still a fun spell for wizards who need to go into melee.

Along with so many other great high-level spells, it’s hard for shadow blade to keep up. 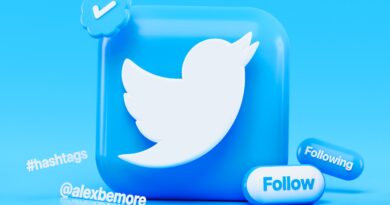 7 Benefits Of Twitter Widget – How Can It Help Brands Thrive? 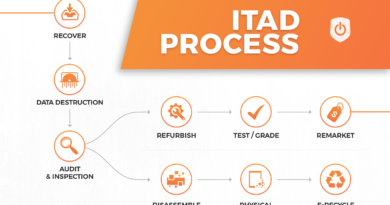 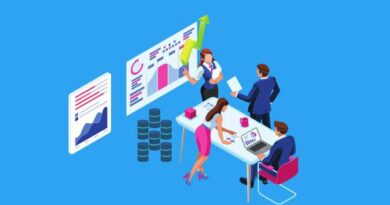 Top data science tools to look forward to in 2022