Google knows the answers to any question, owns Youtube, offers us maps, mail, cloud storage and a bunch of other cool projects. Over 20 million people monthly use its services in Russia alone. But among the mass of successful cases, the company also had outright failures. In this material, we recall how and where the American corporation was mistaken.

Google Answers – paid question and answer service
Google Answers was launched in April 2002 and was a service for finding answers to questions of interest. Each user could ask any question and get the necessary information on it from another person who understands the topic. Questions could only be answered by real experts selected by Google employees upon request. Thus, Google Answers was supposed to be a useful exchange of knowledge between users on the Web. But why didn’t this happen?

Google Answers was a paid service. For each question, users put up a reward of $2–$5. Requests with particularly complex tasks cost up to $ 200, which made the responses from Google also a kind of freelance exchange. As a service fee, Google deducted 25% of the assigned amount. For answers they liked, customers could tip users up to $100. Also, the service had a serious moderation. So, for example, requests with students’ homework were quickly deleted. Although not only schoolchildren and students faced such problems, it turned out that it is not always easy to distinguish a real question from a school task.

The service was created as an alternative to Yahoo! Answers was a serious competitor to Google in the early 2000s. However, most Internet users still preferred Answers from Yahoo! due to availability – the service was absolutely free. In addition, the quality of answers in Google Answers often did not differ from free counterparts.

The number of responding users in Google Answers did not exceed 500 people, of which there are many times fewer active users. Due to low popularity and efficiency, the service closed at the end of December 2006.

“ At the end of this week, we will stop accepting new questions on Google Answers. The project started with an idea by Larry Page and a small team of 4 turned it into reality in less than 4 months. […] Google Answers was a great experiment that gave us a lot of input to develop future products to serve our users. We will continue to look for new ways to improve the search experience and connect people to the information they need .” Google Official Blog November 26, 2006

Google Video, or what was before YouTube
In January 2005, the search giant launched its own video hosting service called Google Video. This project allowed each user to publish their videos, share them with friends on the Web, or simply view someone else’s content. It was possible to download videos, as well as their monetization. Authors could earn by selling their content.

However, the Google Video project was an ordinary video file sharing service. The service practically did not develop, since access to it was initially only in the United States. In 2007, the service appeared in Canada, Germany, Italy, France, Great Britain and Japan, but this did not bring popularity to the project either. Later, at the end of 2006, Google acquired the YouTube platform, which completely eclipsed Google Video on the Web. With the growing popularity of YouTube around the world, in 2009 the ability to add content to Google Video disappeared.

At the beginning of 2011, Google refuses to support video hosting, and transfers all previously published videos in Google Video to YouTube with the preservation of information about the authors. Currently, Google Video is just a section of the search engine page that displays search results from YouTube.

Google Nexus Q is an unsuccessful attempt to compete with Apple TV
Fans of the Nexus line, looking back at the 2nd generation Apple TV, wanted a media station from Google to consume content on the big screen, with the ability to install various Android applications. The first release of such a device took place in June 2012. The prefix was called Google Nexus Q, Android 4.0 operating system, 16 GB of permanent memory, control using a smartphone or tablet and a cost of $ 300 – all this was announced at the Google I / O conference. What’s the catch?

The first batch of 16 GB Nexus Q devices sold out in a day . However, this party was the last. As it turned out, the novelty from Google was nothing more than a streaming gadget. Nexus Q could only broadcast media content from a smartphone or tablet to a large TV screen. The device did not have a user interface from the word at all and was controlled exclusively through an application from an Android gadget.

The Nexus Q is a complete failure. I can’t think of a single reason to buy a Nexus Q. There are plenty of more affordable and attractive options like Apple TV ($99), Roku ($79) or Boxee Box ($179) .” Review of the device from businessinsider on July 3, 2012

Due to mediocre features at a very high price, the Nexus Q became the most unsuccessful device from Google and even made it to the top ten technology failures of the year according to CNN.

Google Glass – the first glasses on Android
The first generation Google Glass was introduced to the public on May 15, 2014. Glasses as an auxiliary headset were created for mass use. A small projection screen displayed the time, date, weather, and the latest notifications from a smartphone. It was also possible to install several widgets, for example, with exchange rates or current news. The camera allowed you to take pictures, record videos and even send them to other users. All in all, the features of smart glasses looked promising, so why did the product fail?

The glasses were controlled by voice, and the accessory did not support any languages ​​other than English. However, even in one single language, there were very few commands. A 5-megapixel camera, notifications, and weather information cost users $1,500 — that’s how much Google Glass cost. The glasses frightened off some users both with their design – they look too futuristic at the present time, and with their dimensions – the smart accessory weighed much more than ordinary glasses, which also imposed physical inconvenience.

“ Google Glass has not been a commercial success. To be precise, Google Glass failed not because of technology, but because customers did not understand what they needed this accessory for » Forbes on Google Glass April 28, 2015

On January 15, 2015, the production of Google Glass was suspended . The project left Google Labs, and further development of smart glasses moved to a separate laboratory under the leadership of Ivy Ross, head of the Google X research center.

Google Plus is the last failed attempt at creating a social network
Since the early 2000s, the search giant has been looking to enter the social media market. The first attempt was in 2003 – Google wanted to buy out one of the first social networks. networks called Friendster, but network representatives did not go through with the deal. The following year, Google introduced its own social media. network – Orkut. The slow operation of the site and the lack of prospects prevented the product from entering the global market. The last attempt to create a social network became Google+, introduced on June 28, 2011. The project turned out to be much more successful than Orkut, but only “on paper”.

At the beginning of 2012, the total number of accounts on the network was more than 90 million – a record figure for social networks. networks from Google, but microscopic in comparison with competitors. For example, VKontakte had over 160 million accounts in 2012. Later, the number of users only increased, but user registrations on Google+ were forced – the account of this network was used in all Google services, including YouTube or the Play Store on Android. In addition, there were two serious vulnerabilities in Google+ that violate user privacy.

“ With new bugs discovered, we have decided to accelerate the decline of consumer Google+ from August 2019 to April 2019. While we acknowledge the implications for developers, we want to ensure that our users are protected .” Google Official Blog December 10, 2018

The number of inactive users on Google+ was about 83%. Their session duration on average was no more than 5 seconds – this is how long it takes to authorize on various resources. The social network was closed on April 2, 2019.

On November 19, 2019, Google introduced Stadia, a cloud gaming service . The project allows you to play popular AAA games on any device without the need to download and install. The product is available in 30 countries, but already has very mixed reviews. The main disadvantages of Stadia were delays that interfere with a comfortable game, as well as the price – $ 129 for a device with a gamepad and $ 20-60 for games. Will Google Stadia become a successful swallow of the company, or will it go down in history like Nexus? 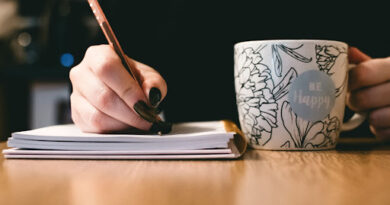 Things you should know about programming assignment 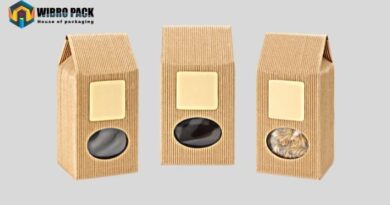 Why choose Advertising Packaging for products? 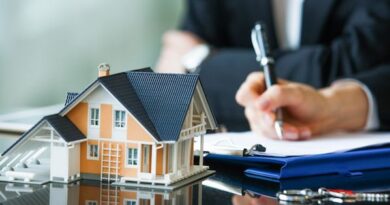